” At this time of the year we thought it apt to share this optimistic future view with you, courtesy of our friends @ Futureworld. We are holding our breath, how about you ? 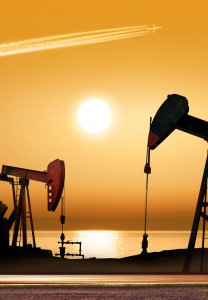 The world is awash with basic commodities, and for many people, prices have not been so low in living memory. It’s back to the 1950’s in real terms for resources like coal and iron ore; wheat and corn are dirt cheap too.

Fueled by fears of climate change and radical new energy and transport technologies, oil has halved in a year and is now floating around US$ 20 per barrel. Supply continues to exceed demand worldwide, as producers fight for market share.

“If we look back far enough,” says futurist and business strategist Doug Vining, “then we see technology driving down real prices of everything, including food, despite the population explosion. The recent ‘super cycle’ boom in commodity prices was an aberration, not the underlying megatrend.”

The industrialization of China was the big thing driving commodities up. Now that China has stabilized as a mainly middle class, consumer society, that cycle is over.Scarcity of resources is an obsolete idea.

Exponential thinking, mainly driven by technology, is leading us into the age of abundance. That’s not good news for everyone; resource producers like Russia, OPEC and many African countries are taking a big knock. They will have to re-invent themselves as service or valued-added economies.

Consumers are enjoying low prices and input costs, but some are wondering how long this honeymoon will last!