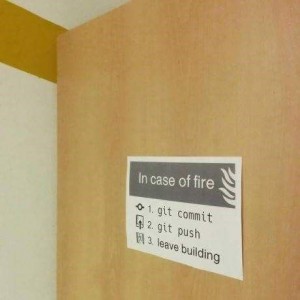 Our company’s growth and, in all probability yours too, is dependent on a motivated team who are, by and large, doing what they enjoy doing. In other words both willing and able to perform their assigned tasks…..and committed

Start with the customer – find out what they want and give it to them. There’s a dearth of Knowledge Workers in the market resulting in fierce competition for their services. Attracting and Retaining these skilled people has become a business imperative.

It is hard to unlearn the messages that we have heard repeated since we were children. One of them is “Business is a stiff and formal place. To be human and spontaneous is fun, but it isn’t professional!”

Some organizations understand the connection between passion and performance, but many missed that memo completely. They run their organizations like factories. Treat your Knowledge Workers like automatons and you will either attract and retain the wrong people and/or lose the right people.

Sometimes it takes a shock — a wave of top employees packing their bags and going to work for your competitors, for instance — to deliver the message “The only way you can keep great employees in the company is by treating them like great employees.”

Here are two truly idiotic policies that will keep your best employees racing for the exits the minute they get the chance — and keep you re-filling the same positions over and over again. Let’s not even go into the economics of this……

You can’t hire Knowledge Workers, give them meaty problems to solve and then watch their comings and goings as though they were kids being dropped off at daycare. They are adults, for starters, and beyond that you hired them.

You could have hired anybody. Presumably your hiring process is thorough. Why would you hire people you don’t trust? Don’t you trust yourself enough to hire great people?

If somebody works after hours in the evening you should expect to see them arriving late the next morning. You don’t have to track those hours. If you’re tracking hours for salaried employees, you are unclear on the concept of a salary. Gone are the days of 40 hour weeks, a 9-5 mentality.

So what should be tracked? How about tracking the project based on meeting or exceeding the client’s acceptance criteria, as opposed to the hours worked.

Can this be done? Certainly it can where the knowledge worker is involved in sizing the deliverable and agreeing the acceptance criteria,  using the old adage  “Commitment through involvement”

It’s high time we got rid of all individual annual performance reviews. They are pointless and a huge waste of time but some review processes are more insulting than others. A once a year review, after 20 plus deliverables, I think not.

There’s lots of talk and less implementation of 360 degree appraisals.

If you give your managers a bell curve and tell them that only a certain percentage of employees can be rated top performers, another percentage average performers and so on, then you are literally designing mediocrity into your team. Is that what you want?

Stack ranking is an abomination and the opposite of a leadership practice, since it pits employees against one another instead of encouraging collaboration.

You don’t need any of this nonsense to run your business. Talk about goals and progress whenever you want. Talk about learning from mistakes whenever it makes sense. Annual reviews have long outlived any utility they ever had as a leadership tool.

So with what do you replace annual performance reviews ? Try a team review at the end of a project; input from all project stakeholders gauging who pulled their weight, met their commitments whilst putting the team’s deliverable first, helped others, introduced improved ways of doing things…….
Who would the team want in their next project will reveal more than just their individual technical contribution.

After all its collective team performance that counts, far more than that of the individual team member. If the project sponsor is over the moon surely the average performance rating should reflect that.

So are we smoking our socks – what do you, the company executive, the APM or the Java developer, think ?
Are your policies and practices the reason the EXIT door is being used too often ?