An Introduction to the world of AI

What is Artificial Intelligence?

When we hear the words artificial intelligence, most of us think of references that Hollywood and television have provided us over the years. The first that comes to mind for me is the famous television series Knight Rider starring David Hasselhof and his artificially intelligent electronic computer module in the body of a highly advanced, very mobile, robotic automobile named KITT.

The second reference that comes to mind is J.A.R.V.I.S, Tony Stark’s creation in the famous movie franchise Iron man. J.A.R.V.I.S which stands for Just A Rather Very Intelligent System, is a highly advanced computerised AI created to manage almost everything, especially matters related to technology in Tony Stark’s/Iron man’s life.

These two fictional examples of artificial intelligence serve as great inspiration to AI developers along with many others and fuels us with dreams and hope for what the not so distant future could hold. The formal definition of artificial intelligence is a way of making a computer, a computer-controlled robot, or a software think intelligently, in a similar manner to the way humans think. AI is achieved by studying how the human brain thinks and how humans learn, decide, and work to solve a problem, then using outcomes of this study as a basis of developing intelligent software and systems.

How close is the Hollywood AI depiction?

The past view years have delivered some interesting and advanced AI systems in different sectors. One of the most widely used and known AI systems in the word is Apple’s intelligent personal assistant and knowledge navigator named Siri which stands for Speech Interpretation and Recognition Interface. Siri uses a natural language user interface to answer questions, to make recommendations, and perform actions by delegating requests to a set of web services. The AI software system, both in its original version and as an IOS feature, adapts to the user’s individual language usage and individual searches (preferences) with continuing use, and returns results that are individualised. With the exception of providing stats on the Iron man suite and having the ability to hack any security system in the world, siri would have been a very far fetched concept less than a decade ago.

The purpose of AI is not only to create a once off intelligent system but to create a system that is constantly learning as it is in operation and for this, the concept of machine learning is applied. Machine learning is a sub-field of computer science that evolved from the study of pattern recognition and computational learning theory in artificial intelligence. Machine learning explores the study and construction of algorithms that can learn from and make predictions on data. Such algorithms operate by building a model from example inputs in order to make data-driven predictions or decisions, rather than following strictly static program instructions.

There are different types of machine learning which are taken from the study of psychology, in advanced AI systems the deep learning approach is often used. Deep learning (DL) is a branch of machine learning based on a set of algorithms that attempt to model high-level abstractions in data by using multiple processing layers with complex structures, or otherwise composed of multiple non-linear transformations. AI programming can become a very complicated and intricate concept to grasp due to its scientific and mathematical nature, but there are many great resources available on AI algorithms and AI design patterns on the web today that make it easy to understand and follow. 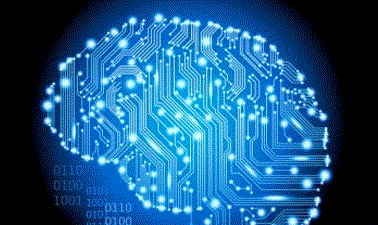 The best way to learn is through actual implementation, in this series starting from part two we will create an artificially intelligent chat-bot. As we progress in the series we will enable learning and implement machine learning concepts.

This tutorial will use Java, Java EE technologies, Maven, REST services, SQL and Jboss. The aim of this article was to get a firm understanding of what artificial intelligence is and, more importantly, it’s implementation in the word of software.

If you enjoyed this article and are now ready to create your own AI application, please follow this series and give us a like.

Software Patents – How do I protect my software ideas?