“If all you have is a hammer, then every problem is a nail”.

This is a common snipe aimed at those of dubious skill. But, less often recognized by those more adept, is their own tendency to make the proverbial square peg fit into a round hole. We have all been doing so, for as far back as pegs and holes go. It’s how we are wired, and what we, especially as those on the cusp of technology, should guard against, more so than most. Our nails are exceedingly dynamic.

Humans are indefatigable problem solvers. Unfortunately, we are also lazy, and therefore very “fatigable” when it comes to solving problems we’ve already solved. Or, more insidiously, problems we only believe we’ve already solved. Problems similar to the ones we know, but ever so slightly different, like fitting pegs into holes regardless of the shape, if you’ll excuse labouring the metaphor.  The philosopher Francis Bacon, in 1620, succinctly said “the human understanding when it has once adopted an opinion… draws all things else to support and agree with it”.  We stick with what we know, for better or worse.

We humans are the champions of heuristics and pattern recognition. It saves us time and effort having to reinvent the wheel, so we can apply ourselves elsewhere.  It even saves our lives, when we treat all snakes as dangerous, when roughly only 7% are able to kill or significantly wound a human. Evolution is all about efficiency, even if this means cutting corners.  Unfortunately, this can have the dreaded side effect of us becoming complacent and using an accustomed, but non-ideal solution (such as using a hammer on a screw), or worse, a completely inappropriate solution (like using a hammer on differential calculus).

This phenomenon has been known for as long as there have been haughty philosophers to point it out, but has only really been subject to study since the 1940s, when it was dubbed the “Einstellung” effect. “Einstellung” literally means “setting” or “installation”, as well as a person’s “attitude”, in German. As an effect, it refers to a person’s predisposition to solve a given problem in a specific manner even though better or more appropriate methods of solving the problem exist. 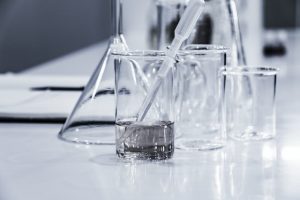 In a nutshell, the original study involved giving participants various problems, each providing three differently sized containers, and asking them to describe the steps to measure out a specific volume of water using the three containers.  Over the course of several such questions, the participants needed to use all three containers, in multiple steps of pouring water from one to the others, to reach the correct volume.  When then being confronted with a problem requiring only two of the three provided containers (the problem actually being impossible to solve when using all three), the participants, having become accustomed to the formula of the problems, couldn’t solve it.[1]  They got caught up trying to use the red herring container as well.  Participants not having received several “priming” questions had no issue solving the problem using only two containers.  The study showed that more experience may entrench a way of addressing problems inappropriately, where those without such experience were not so bound.

Just as this problem has been known for eons, people have been attempting to address it for just as long. “Shoshin” is a concept from Zen Buddhism meaning “beginner’s mind.” It refers to having an attitude of openness and lack of preconceptions when studying a subject, even when studying at an advanced level, just as a beginner would[2].

“But” you may exclaim, “having a word for the solution, is as much use as a picture of the right tool when all you have is a hammer”. But lo, dear disputatious reader: just like having a picture of the right tool informs you whether yours is appropriate, simply being aware of the problem can in itself be enough to make you stop and consider again, before beating on it with the omni-hammer with wanton abandon.  This advice is directed towards myself, first and foremost, as a great lover of the well worn hammer.

One should always strive to step out of the problem and weigh the benefits of a tried and tested solution over a novel one.  New is not always better. We as humans developed our Einstellung for a reason. It works. Mostly. But we’ve also developed reason to be able to pause and re-evaluate, when it doesn’t.

Very often the solution one believes best, is in fact best. But we should never assume this is the case as a matter of course.

So now that we have a picture of the new tool, we should try to always take a moment to stop. Identify the problem clearly. Whip out those Shoshin glasses. And if, and only if, the problem is a nail, hammer away.

Symbiotics and the Fourth Industrial Revolution

6 Reasons Not to Write Unit Tests
Scroll to top