This tutorial shows the process of integrating Keycloak with an Angular 4 web application.  This is part 1 of a multi-part tutorial series.

Every enterprise solution requires a mechanism of security/access management in some form or another. One attractive solution developed and maintained by Red Hat is Keycloak. Keycloak is an open source Identity and Access Management solution which aims to secure applications and services with little to no code.

Some Keycloak Features include:

If you’re interested in reading up on more awesome features of Keycloak, simply check the closing thoughts section for this part of the blog series. 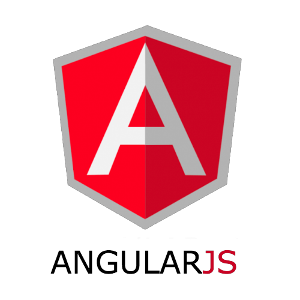 There is a fundamental difference between Angular 1 and Angular 2+. It’s important to note that Angular 2 is written entirely in TypeScript (which is developed and maintained by Microsoft).

You might ask “Well what happened to Angular 3?”. The simple answer to that question is that some components of Angular 2 were already in release version 3. So in order to provide a more cohesive and structured environment going forward, the Angular developers decided to go with Angular version 4. All the components were updated to base version 4, and can now work on version increments as the framework grows. As with Angular 2 the developers took the best parts of Angular 2 and extended them into the new version, as well as providing us with new features. Angular 4, however, isn’t a complete rewrite of the framework, and it’s backwards compatible with Angular 2. That doesn’t mean you shouldn’t first investigate breaking changes before migrating to Angular 4.

Some of the advantages of Angular version 2+ include:

If you’re interested in learning more about the Angular framework and its features simply check the closing thoughts section for this part of the blog series.

This blog series will comprise several parts, as it is quite lengthy. It will be an ongoing blog series with various parts added in future blog posts. A short road-map of what’s planned can be found in the list below.

Navigate to the Keycloak website and click on the downloads option in the menu – this will take you to the downloads page where you’ll find sections describing different types of Keycloak distributions for you to download.

Once you’ve successfully extracted the Keycloak distribution, we need to start the Keycloak service in order to create a new realm and configure it so that we can interact with it via our Angular application.

Execute the standalone file; you should now see a Terminal or Command Prompt window popup which will serve as the Keycloak server console from now on. Verify that the Keycloak server has started by checking the output in the Terminal or Command Prompt window. Keycloak’s default listening port is on port 8080. An example of a successful Keycloak startup can be found in the code block below.

Once the Keycloak service has started we need to navigate to the Administrator console in order to log in and to create a new custom realm which suits our purposes. As can be seen in the code block above the registered web context is /auth which means that we need to navigate to http://localhost:8080/auth to access the Keycloak Administrator console.

Click on the Administrator Console option on the Keycloak Web Portal’s homepage. Log into the administrator console by providing your credentials. If you can log in successfully and get a page which resembles something like Manage Realms, you’re all set.

Closing thoughts for Part One

In this part of the blog series we’ve covered quite a lot in terms of background knowledge on both Keycloak and Angular JS. We’ve also made a good start on setting up the Keycloak environment. In part two we’ll continue where we left off by creating a new realm, clients, users, roles and more.

If you want more information on Keycloak or Angular you can visit either of these two links to read up, practice and improve your skill-set.

Integrity, respect and caring in a global economy

Make a difference
Scroll to top