How to Avoid feature creep through UX

﻿UX, also known as User Experience or Design Thinking, is part of Customer Experience and is based on gathering data from user interactions on your products / business, by creating prototypes and testing it to create better products. Feature creep, however, can have disastrous effects as you will see in the example below – so keep reading to find out how to avoid feature creep through UX.

The concept is simple… products that cater to a user’s needs in the best fashion, are liked more by the user and stand a better chance of survival. By developing simple prototypes, you can effectively extract pain-points, convert that to agile-stories, and create features from that to effectively combat feature-creep while providing only what is needed!

By actively getting your development team to practice UX, you can effectively have better knowledge transfer from all silos in development during the ideation phase, and even create more effective user stories to hand over to your agile team.

By using UX we can create and test software without a single line of code, and still see the same pain-points as with the real product, but at a much lower fidelity and higher speed, which means a much lower cost when you develop in error.

In short, User Experience is a method of gathering user data, translating user data into user stories and developing prototypes based and iterating the process.

So now let’s examine how feature creep can adversely affect a given project:

A project that could have used more user-centered design thinking. 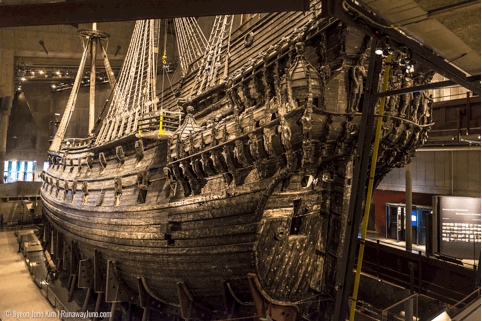 The Swedish warship Vasa was designed and built to be the flagship of the Swedish navy, coming in at a price tag of more than 5% of Gross National Product. It showcased everything you would, and would not, expect from a project so awe-inspiring! Carrying over 64 heavy bronze cannons and a crew of 300, not to mention hundreds of wood-carved statues, it was to be the most impressive ship to ever sail the sea!
So on the morning of August 10th, 1628, the Vasa embarked on its maiden voyage and sank before leaving the harbour of Stockholm!

The reason was that the Vasa was only designed to carry 34 Cannons. Adding 30 more cannons caused the engineers to add an additional deck and the original design did not account for this. In addition, the king requested for the ship to be faster, causing the design to become more slim line and less stable, while all the sculptures it acquired added more bloat. By adding so many features in terms of art and cannons, “Feature Creep” sank the ship.

What is feature creep?

According to wikipedia…
Feature creep, creeping featurism or featuritis is the ongoing expansion or addition of new features in a product, such as in computer software.[1] These extra features go beyond the basic function of the product and can result in software bloat and over-complication rather than simple design.

You can avoid feature creep and a bad user experience by creating a clear vision. Creating a vision with a general storyboard is fairly simple and can save you and your client a ton of development time and resources based on the fact that if your vision doesn’t offer a tangible product chances are good that it is not worth building. 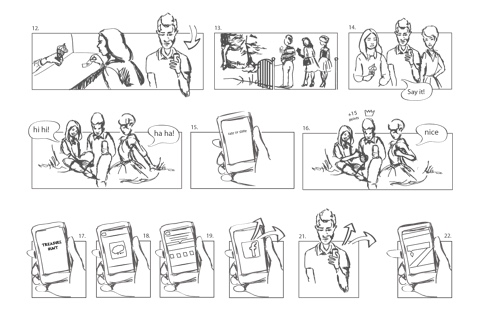 If your initial groups or stakeholders give you great feedback, it means you are ready to start prototyping and the initial kickoff for your lean UX Project can start.

When you look at the Vasa, the king got exactly what he ordered, but not what he needed! By building a smaller model or a low fidelity model first and making major decisions based on the data, Sweden could have saved a fortune by adjusting the design or rethinking the project.

Testing in small regular iterations allows us to collect valuable qualitative data that allows us to easily identify pain-point on a low overhead working on a minimum viable product creating better products by addressing those pain points at an earlier stage. This, in turn, leads you to an effective method of addressing what is truly needed and what is not.

UX also provides a great platform for ideation to address the new pain points discovered and addressing them out of the box. Because of the fidelity of the project, it is easier to do quick experiments without any overheads and effectively change course when it is needed. This also leads us towards creating a new scenario and storyboard if needed.

By using the lean principles in combination with an agile framework you can more effectively plan your features and generate a better workflow while saving money when developing just what is needed by identifying your highest cost and highest reward features. Making it easier to identify what should be done in what iteration.

This also adds great value in terms of future story points for the developers when development start while modeling future products that work better!

Becoming a Business That Will Survive the Internet Age: Lesson 5